Ask the Naked Question: How To Ask the Right Question part 4

Written by Steve Blais on March 2, 2015. Posted in Articles. 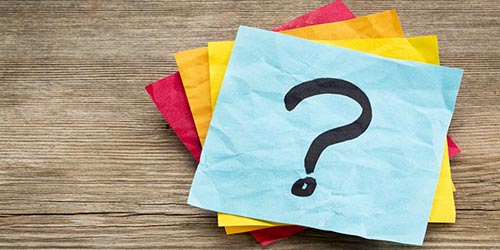 “How” is as important as “what”

The quality of the response is affected not only by the content of the question, but also by its manner of delivery, especially its pace and timing.
Michael Marquadt [3]

The trick to asking the Right Question may not just be in knowing what to ask, it may be in knowing how to ask it. This requires good questioning skills according to Andrew Griffiths who states that in addition to getting good answers, “good questioning skills will empower you and can transform your confidence, ability and results”. This being the evidence of leadership which “… is all about asking questions: the right questions at the right time in the right way”. [1]

Even though we know what information we want, we don’t want to assume we know what the answers are actually going to be. We may have asked the same question of eighteen other responders and gotten the same answer 18 times in a row, but the 19th time we ask, we want to ask it as though we never asked it before.

Sure, and if you preface your question with “I’m not sure I understand this, which is why I’m asking you” or something similar, the person will tend to answer your questions as though he or she is the very first person you are questioning.

The same holds true for confirmation questions. When you preface the question with “so I understand this is how [fill in the blank] is done, is that correct?” You will get the close-ended response of “Yes”. And this is good for confirmation. However, if you start the confirmation question from the opposite point of view (“I’m having trouble understanding this, perhaps you could clear it up for me…”), you will likely get an answer that confirms your previous information and also adds new information or at least includes the personal perspective of the responder.

To the degree possible, getting the Right Answer and not just a superficial response requires us to convince the responder that we genuinely want to know the answers to the questions we are asking and we invite all the information they have on the subject. This means approaching the information gathering session with a degree of humility as described by Patrick Lencioni in his book, Getting Naked. Lencioni suggests that we should be “so concerned about helping [our customers] that [we should be] willing to ask questions and make suggestions even if those questions and suggestions could turn out to be laughably wrong…readily admit that we don’t know and be quick to point out – even to celebrate – [our] errors because protecting [our] intellectual ego is not important to them.” [2]

There is one somewhat universal truth when it comes to getting answers to questions: people will not tell you something that they think you already know. When you ask a question and appear to already have knowledge about the subject, the responders will give you very generic and high-level answers. No one likes to give a detailed answer to then hear the other person say, “yes, right, I know all that, but what I really want to know is…” Appearing less knowledgeable gets more information for example using the approach Denzel Washington does in the movie Philadelphia, “tell it to me like I am six years old.”*

The trick here is to curtail your natural inclination to “discuss” the situation or responses by offering your opinion or knowledge gained on the topic. When your goal is to gather information, focus on the flow of information – coming to you and not going from you to the responders. Remind yourself that you will have plenty of time in review sessions and other engagements to exhibit your grasp of the situation and solution.

Listening naïvely is the technique in which you appear to be a sponge willing to learn everything that the responder can tell you about the topic.

To get the most information and the Right Answers, the questioner has to listen naively. That is, listen with no preconceived notions, exerting zero judgment, absorbing all information that is proffered without analysis. In other words, the questioner must hear the information as though for the first time. This is difficult because it requires the questioner to be totally in the moment and focused.

When you establish the information gathering session “frame” (as discussed in the previous article), you set the stage in the responder’s mind that you are in need of this information. It also reminds you to sit back and listen as though for the first time.

In other words, just ask the questions, the naked questions, unadorned by preface, explanation, suggestion, direction, assumption, or supposition. Here’s an example: when the responder does not understand the question and asks for an explanation, rather than give an explanation or background, rephrase the question so that you continue to ask questions rather than provide answers. As stated, there will be plenty of time to provide the answers when all the information has been collected.

You will find that people love to tell you what they know and if you are listening naïvely, they will tell you a lot more than your questions ask, perhaps even filling in the gaps between your questions.

“If they can get you asking the wrong questions, they don’t have to worry about answers.”
Thomas Pynchon

Therefore, one solution might be to adopt the stance that all questions are “right” with a few exceptions which might be considered “wrong”

Since cognitive studies have shown that we humans tend to remember the negative things more than the positive things that happen to us, we most likely remember those “inappropriate” questions a lot more and a lot longer than we remember the hundreds of “right” questions asked. And this remembrance of the less than optimum questions might explain why so many of us agonize over the “right question” issue.

So perhaps the best advice on how to ask the “right” question is to simply avoid asking the “wrong” questions. If you don’t ask any “wrong” questions, then clearly all the questions that you ask must be “right”.

Marquardt offers some good advice for asking the Right Question to elicit the Right Answer:

Tips for Asking the Right Question(s)

Here are some final thoughts that might help you ask the Right Question.

In the end, the Right Answer is the result of piecing together a lot of answers generated by a lot of Right Questions. You will be obtaining the Right Answers from people who probably don’t even know that they know the Right Answers. And this is the magic of information gathering and problem-solving. Go forth and ask more questions.

* In the movie “Philadelphia” which involved an insurance trial in which Tom Hanks was the plaintiff, Denzel Washington was the lawyer called in specifically because of his knowledge of the complex insurance laws and regulations. Throughout the movie, in depositions and during the trial, Denzel Washington, as the lawyer, said to witnesses and others who were describing aspects of the case, “Tell it to me like I am six years old”. As an expert, he didn’t need for it to be made simpler, but those who were judging the case did, and by requesting the witness to respond in the simplest way possible reduced the ambiguity, vagueness and potential misunderstanding of the response.