Written by Willem Van Galen on November 5, 2013. Posted in Articles.

This 3-part article compares and contrasts pairs of use case model elements. This emphasizes that each featured element has a unique purpose. It also serves as a quick guide for determining when to use these elements. Lastly, it is a summary of my earlier Business Analyst Times use case modeling articles.

The article’s sections provide a logical progression through various pairs of use case model elements. Each section is meant to stand more or less on its own, with the intention that you can read most sections without having to read preceding ones. One side effect of this is that certain points occur in multiple sections.

SYSTEM VS. NO SYSTEM

A use case with an initiating actor represents an interaction of a user with a system. Yet, identifying that system doesn’t seem to be standard use case modeling practice. 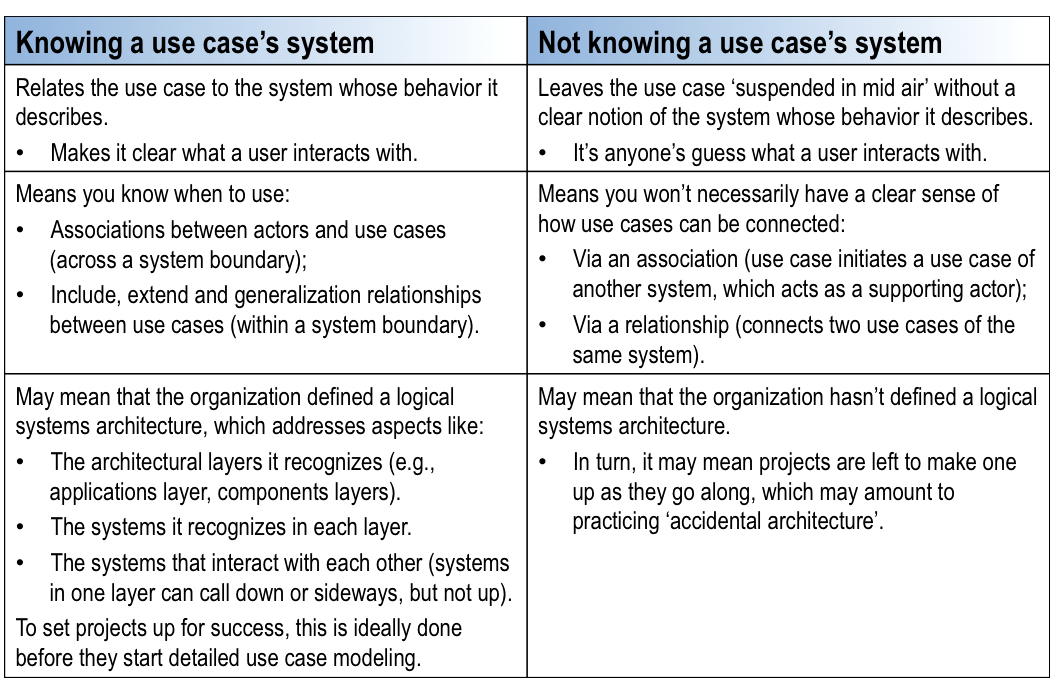 CONCRETE USE CASE VS. ABSTRACT USE CASE

It seems to me that the nature of a UML-based use case model cannot be grasped completely without an understanding of concrete and abstract use cases. Likewise, that distinction cannot be understood fully without considering a use case model’s ‘modeling time’ and ‘execution time’ views, because it’s only in the latter view that the distinction becomes crystal clear (i). 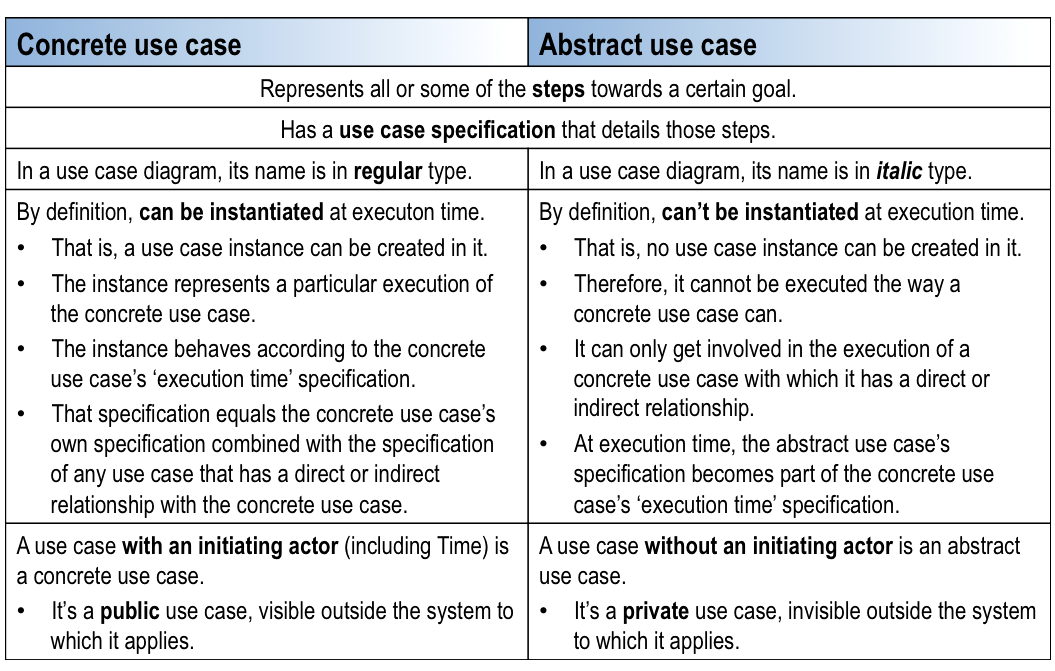 In summary, each use case is either concrete or abstract, so unless we choose to ignore this aspect altogether, it’s important to know how to determine this for every use case we model. This article, and my previous ones, should help with that.

In this section, the general term ‘relationship’ includes and excludes the following. 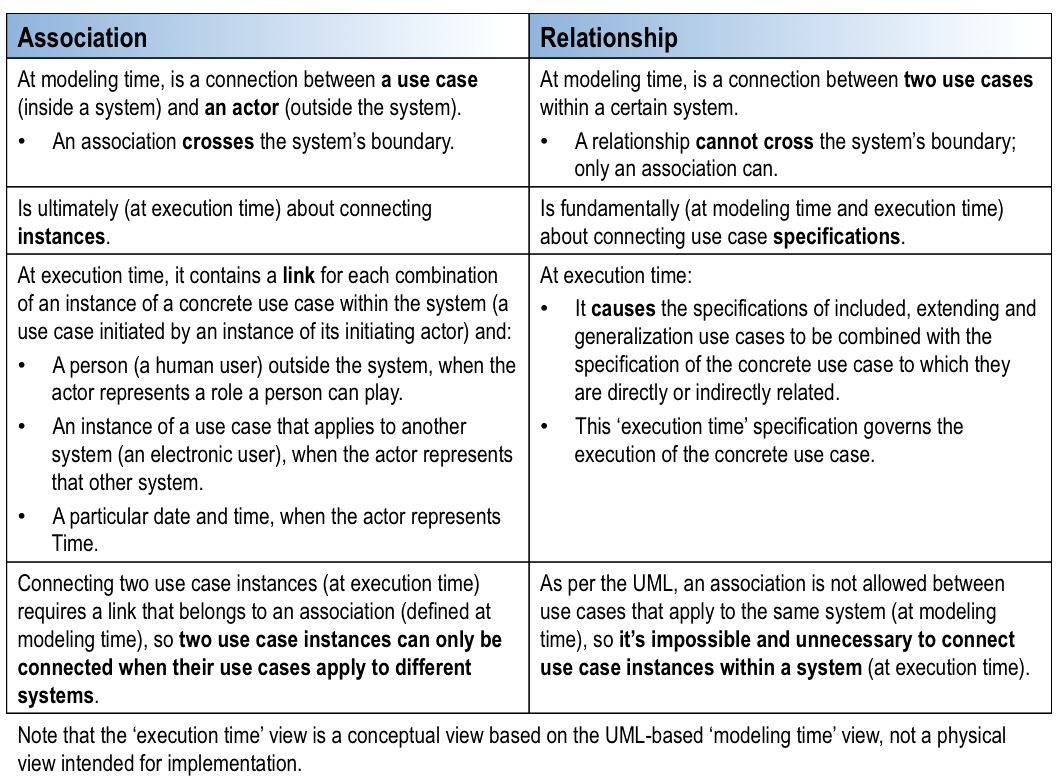 In summary, association and relationship are each other’s inverse.

INCLUDED USE CASE VS. EXTENSION USE CASE

The ‘extension use case’ concept is explored in [4] and in this article’s part 3. 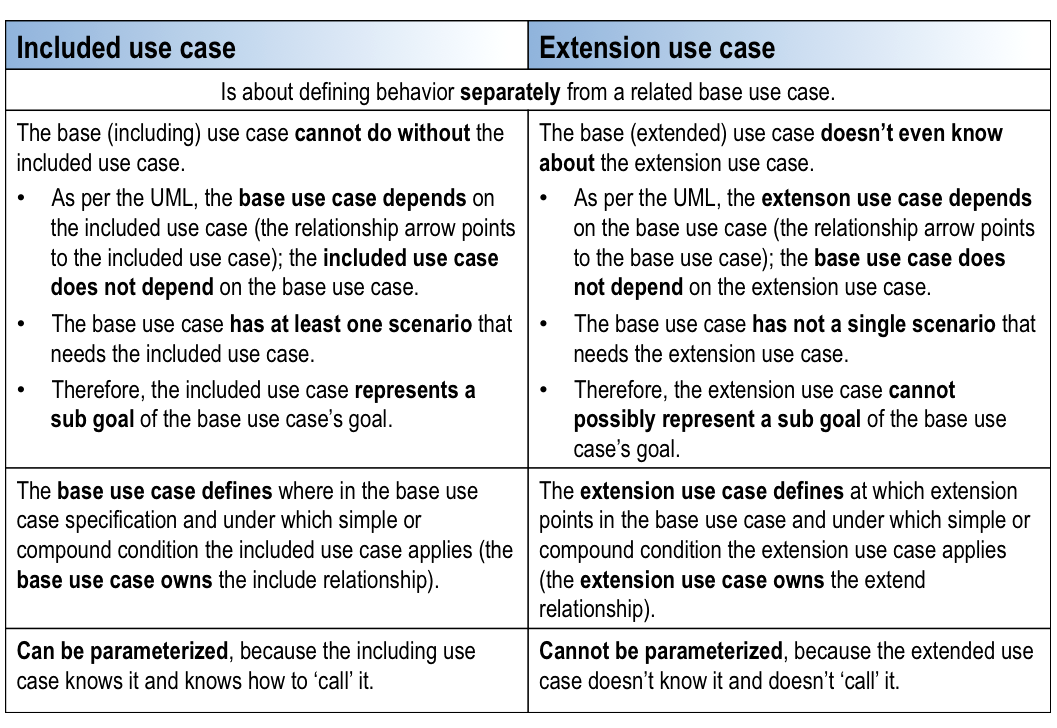 In summary, the include and extend relationships are each other’s inverse. 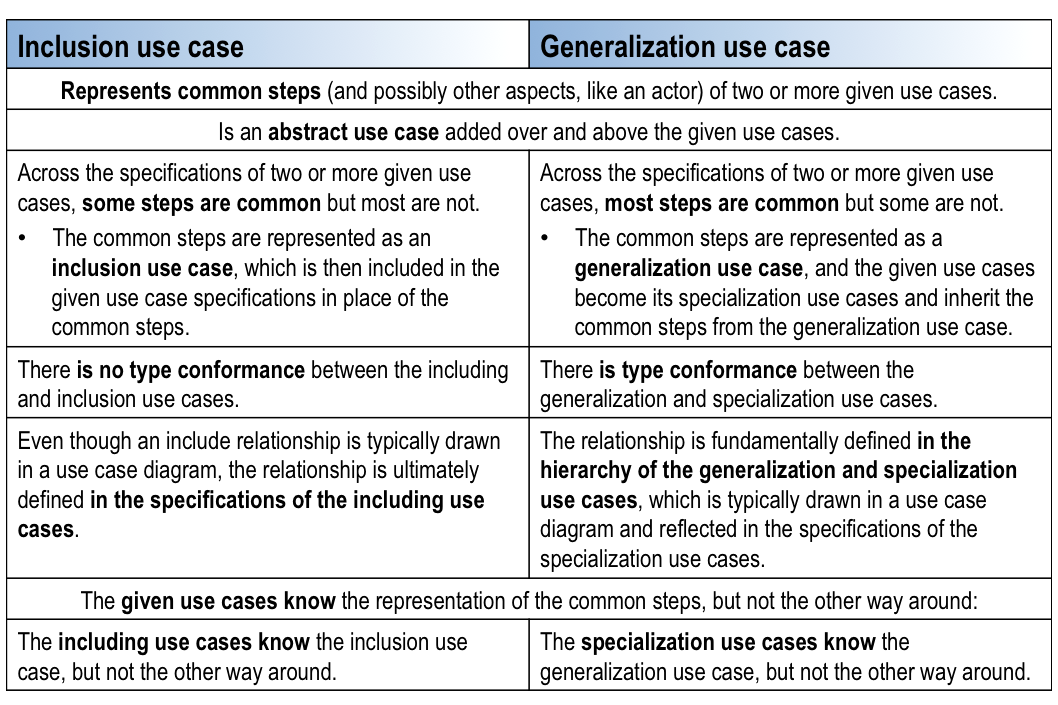 In summary, the inclusion and generalization use cases are each other’s inverse.

USER GOAL VS. USE CASE GOAL

The patterns in this section show that the goal of a user interacting with a system isn’t necessarily equal to the goal of the use case the user initiates towards that end. Moreover, a use case that is directly or indirectly related to the initiated use case may represent a goal of someone other than the user (i.e., an off-stage stakeholder).

This is the simplest pattern, where a single initiated use case meets the user’s goal.

The use case may meet sub goals of one or more off-stage stakeholders, but that is not obvious from the use case diagram; only the use case’s specification will tell.

Some key observations about this pattern are summarized below. 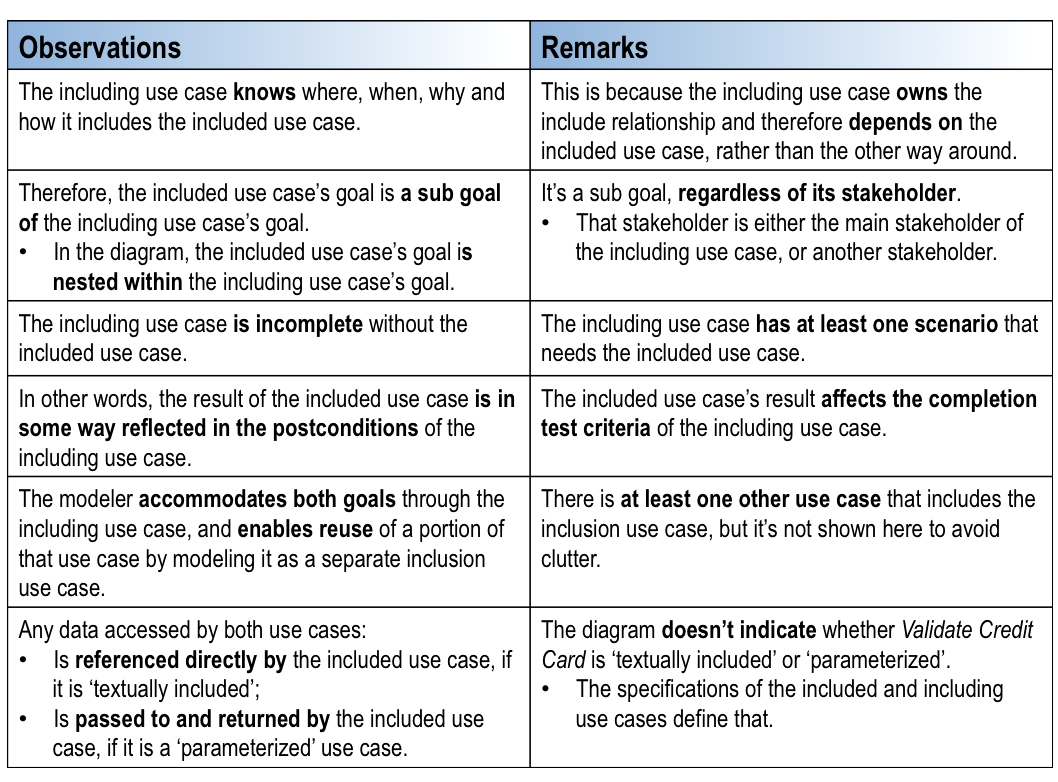 In summary, an included use case always represents a sub goal of the including use case’s goal (the former is nested within the latter).

Part 2 continues with two more user goal vs. use case goal patterns and compares and contrasts a few more pairs of use case model elements.

(i) The conceptual ‘execution time’ view is the natural complement to the real ‘modeling time’ view represented by use case diagrams and use case specifications.

Considering only the ‘modeling time’ view amounts to just seeing half the picture.