Have you been getting frustrated with brainstorms and have stopped using them? Rest assured, you are not alone.

Brainstorming practice, once used to be the most popular group creativity exercise in business, has become old-fashioned and no longer considered effective in many organizations. But the real reason for their frustration is typically that the brainstorming meetings are not facilitated properly.

A well-run brainstorming meeting is fun and energetic. It is quick, easy and it works. It will generate plenty of good ideas. But a poor session can be frustrating and demotivating. Let’s look at some simple ways to ruin your next brainstorm meeting – so you understand what practices you should avoid.

1. Have an Independent Facilitator

Beware of having an autocratic boss with his or her team. Don’t let your boss be the moderator. He or she can inhibit or shape the discussion in undesirable ways, and can often inhibit the group’s creativity. If the boss is present then it is better to have a good independent facilitator – someone who can encourage input from everyone and stop one person from dominating. The worst formula for a brainstorming session is generally the department manager leading the team and acting as scribe and censor at the same time.

Most brainstorming sessions follow a power curve. They start out slowly, build to a crescendo, and then start to plateau. The best facilitators nurture the conversation in its early stages, step out of the way as the ideas start to flow, and then jump in again when energy starts to peter out.

A brainstorming session with a vague or unclear purpose will wander and lose its way. So be sure to set a clear objective for your meeting. The purpose of the brainstorming session is to generate many creative ideas to answer a specific goal. It is best to express the goal as a question. A general objective is not helpful. For example, “How can we do better?” is not as good as “How can we double sales in the next 12 months?” However, the question should not be too detailed, or it may close out lateral possibilities. To follow our previous example, “How can we double sales, through existing channels and with the current product set?” is probably too constrained. Once the question has been agreed it is written up clearly for all to see.

Caveat: If your goal is to just “collect the creative ideas that are out there,” group brainstorms are a waste of time. A Web-based system for collecting ideas or an old-fashioned employee suggestion box is good enough.

It is worth setting objectives for the number of ideas to be generated and the time to be spent. “We are looking to generate 60 ideas in the next 20 minutes. Then we will whittle them down to 4 or 5 really good ones.” For best results, your brainstorming session should not be too long – around 30 (+/- 5) minutes is generally best. 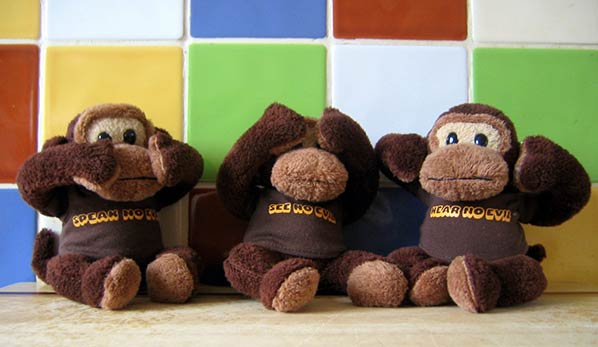 If everyone is from the same department, then creativity can be inhibited and you may get “group think.” Choose the members of your group carefully; the best size is somewhere between six and twelve people. Too few people and there are not enough diverse inputs. Too many people and it is hard to control and retain everyone’s commitment. Sprinkle the group with a few outsiders from other areas or even from outside the business – people who can bring some different perspectives and wacky ideas. A good mix of people – varied ages, men and women, works best.

The most important rule of brainstorming is to suspend judgment. In order to encourage a wealth of wacky ideas, it is essential that no one is critical, negative or judgmental about an idea. Any idea that is uttered – no matter how stupid – must be written down. The rule about suspending judgment during the idea generation phase is so important that it is worth enforcing rigorously. A good technique is to issue water pistols; anyone who is critical gets squirted.

6. Settling for a Lots of Ideas

Don’t get a handful of ideas and then start analyzing. Quantity is great. The more ideas the better. Brainstorming is one the few activities in life where quantity improves quality. Think of it as a Darwinian process. The more separate ideas that are generated the greater the chance that some will be fit enough to survive. You need stacks of energy and buzz driving lots of wacky ideas. Crazy thoughts that are completely unworkable are often the springboards for other ideas that can be adapted into great new solutions. So keep the crazy ideas coming – you have to kiss a lot of frogs to find one prince!

Don’t stop the meeting after generating lots of ideas with a vague promise to follow up. If people see no real outcomes they will become frustrated with the process and lose faith. You should quickly analyze the ideas at the meeting. One of the best ways is to divide the proposals into three categories – promising, interesting, or reject. If any of the promising ideas are real no-brainers – so good that they should be implemented immediately – give them to someone as an action item immediately.

Caveat: Don’t Reward. The worst thing you can do is set up the session as an “I win, you lose” game, in which ideas are explicitly rated, ranked, and rewarded. If you reward giving bonuses (or gifts) to people who generate “the best” ideas in brainstorms, the resulting fear and dysfunctional competition will drastically reduce the number of ideas generated by what can be a creative and cooperative group process.

You should categorize and collect the ideas. On a separate flipchart, write all the promising and interesting ideas which are marketing ideas, on another chart all the sales ideas, etc. This process of rearranging the ideas can help you see new combinations and possibilities. Some people use Post-It notes at this stage so that they can easily move ideas around.

If you are pressed for time, then an alternative method of selecting the best ideas is to give everyone five points. They can allocate points to their favorite ideas in any way that they want. They can give one point to five separate ideas or all five to one idea. After everyone has voted, total the points and select the best for further action.

Close the meeting by thanking everyone for their input. Mention again one of two of the best, most inventive or funniest ideas. Then see which ideas you can implement – even if they are small things.
People enjoy short, high-energy brainstorms that lead to actions. These meetings can motivate people, improve efficiency and drive innovation.