Written by Karl Wiegers on November 6, 2012. Posted in Articles. 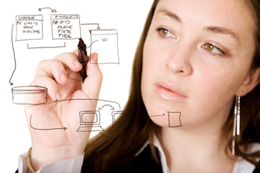 I’m not a fan of arbitrary rules about writing requirements. Some I’ve heard are:

These sorts of simplistic rules are intended to help analysts write good requirements, but there are too many cases in which they don’t constitute good advice. As you develop your requirements specifications, remember your key objective: clear and effective communication among the project stakeholders.

I Shall Call This a Requirement

Shall is the traditional keyword for identifying a functional requirement. Functional requirements describe behaviors the system shall exhibit under certain circumstances or actions the system shall let the user take. Some people object to the use of shall because it feels stilted. It’s not the way people normally talk, at least not outside English period-piece movies. True—but so what? In fact, this is a plus. Using a distinctive word sharply separates a requirement from other information in a specification document. Shall serves as a symbol that signals the presence of a discrete requirement.

Too many requirements specifications use a random mix of different verbs: shall, must, should, could, would, is recommended, is desirable, is requested, will, can, may, and might. Many of these words are used interchangeably in casual conversation, but this can become confusing in a written specification. The reader is left to wonder whether there’s a subtle but important distinction between these various keywords. Does must have some different connotation than can? Does might (which conveys a sense of possibility in normal dialog) mean the same thing as may (which conveys a sense of permission)? I’ve also heard of conventions in which shall identifies a requirement, but will indicates a design statement and must signifies a constraint. Oh, my.

Some organizations follow a convention I find risky. In this scheme, shall indicates a function that is required, should means that the function is desired, and may indicates that the function being described is optional. This raises two problems. First, two concepts are being combined: the statement of intended functionality and the relative priority of that functionality. The second problem is that the priority information is being communicated using words that have similar meanings in everyday conversation.

My preference is to use the keyword shall to identify functional requirements whenever possible. Avoid should, may, might, and similar words that don’t make it clear whether the statement is a requirement. My colleague Brian Lawrence suggests that you replace should with probably won’t and see if that would be all right with the customer. It probably won’t.

The goal of clear and unambiguous communication is more elusive when requirements writers use a mix of nearly synonymous verbs and expect all readers to reach the same conclusions about what they’re trying to say. Frankly, I don’t understand the objection to shall. But if you don’t like it, pick an alternative word—such as must—and use it consistently.

Requirements written from the system’s perspective conform to the following general structure:

Conditions: “When [some conditions are true]…”
Result: “… the system shall [do something]”
Qualifier: “…[response time goal or quality objective].”

The “conditions” part of the requirement could reflect an event that triggers the system to respond in some way. Here’s a simple example, from an information system for ordering meals on-line from a company cafeteria:

“When the patron indicates that he does not wish to order any more food items, the system shall display all food items ordered, the individual food item prices, and the total payment amount within 1 second.”

When stating such performance goals, it’s important to make clear whether they are critical values or merely desirable targets. Is the system acceptable if it takes 1.2 seconds to display the order details? How about 10 seconds? Precise response times are more critical for hard real-time systems than for information systems.

In some cases, it makes more sense to describe actions that the system will let the user take under particular circumstances. When writing functional requirements from the user’s perspective, keep the following general structure in mind:

User type: “The [user class or actor name]…”
Result type: “… shall be able to [do something]…”
Object: “… [to something].
Qualifier: [response time goal or quality objective]

It’s more meaningful to refer to the affected user class by name, rather just saying user. Here’s an illustration of a functional requirement written from the user’s perspective:

“The patron shall be able to reorder any meal he had ordered within the previous six months, provided that all food items in that order are available on the menu for the meal date.”

Note that these examples are written in the active voice. They explicitly identify the entity—the system or a specific user type—that takes each action. Most of the functional requirements I read are written in passive voice:

Whenever you can, recast such requirements in the much clearer active voice:

Active: “When the output state changes, the system shall record the new state and the time of the state change in the event log.”

With active voice, the reader doesn’t have to deduce which entity is doing what. The more explicit and precise you can make the requirements, the easier it will be for the readers to understand them and use them to guide the project work they do.

The next article in this series addresses parent-child requirement relationships and two common sources of requirements problems: complex logic and negative requirements.