Written by Karl Wiegers on February 11, 2021. Posted in Articles.

When customer expectations are high and timelines are short you need to make sure your project team delivers the most valuable functionality as early as possible.

Prioritization is the only way to deal with competing demands for limited resources.

Stakeholders on a small project often can agree on requirement priorities informally. Large or contentious projects with many stakeholders demand a more structured approach. You need to removes some of the emotion, politics, and guesswork from the process. This article discusses several techniques teams can use for prioritizing requirements and some traps to watch out for.

The simplest method is for a group of stakeholders to work down a list of requirements and decide for each if it’s in or it’s out. Refer to the project’s business objectives to make this judgment, paring the list down to the bare minimum needed for the first iteration or release. When that iteration is underway, you can go back to the previously “out” requirements and repeat the process for the next cycle. This is a simple approach to managing an agile backlog of user stories, provided the list of pending requirements isn’t too enormous.

People sometimes try to assign a unique priority sequence number to each requirement. Rank ordering a list of requirements involves making pairwise comparisons among all of them so you can judge which member of each pair has higher priority. This becomes unwieldy for more than a few dozen requirements. It could work at the granularity level of features, but not for all the functional requirements for a good-sized system as a whole.

Rank ordering all requirements by priority is overkill, as you won’t be releasing them all individually. You’ll group them together by release or development iteration. Grouping requirements into features, or into small sets of requirements with similar priority or that otherwise must be implemented together, is sufficient.

A common approach groups requirements into three priority categories. No matter how you label them, if you’re using three categories they boil down to high, medium, and low priority. Such prioritization scales usually are subjective and imprecise. To make the scale useful, the stakeholders must agree on what each level in their scale means.

I like to consider the two dimensions of importance and urgency. Every requirement can be considered as being either important to achieving business objectives or not so important, and as being either urgent or not so urgent. This is a relative assessment among a set of requirements, not an absolute binary distinction. These alternatives yield four possible combinations (Figure 1), which you can use to define a priority scale:

* High priority requirements are important because customers need the capability and urgent because they need it in the next release. Alternatively, there might be compelling business reasons to implement a requirement promptly, or contractual or compliance obligations might dictate early release. If a release is shippable without a particular requirement, then it is not high priority per this definition. That’s a hard-and-fast rule.

* Medium priority requirements are important (customers need the capability) but not urgent (they can wait for a later release).

Watch out for requirements in the fourth quadrant. They appear to be urgent to some stakeholder, perhaps for political reasons, but they really aren’t important to achieving your business objectives. Don’t waste your time implementing these—they don’t add sufficient value to the product. If they aren’t important, either set them to low priority or scrub them entirely. 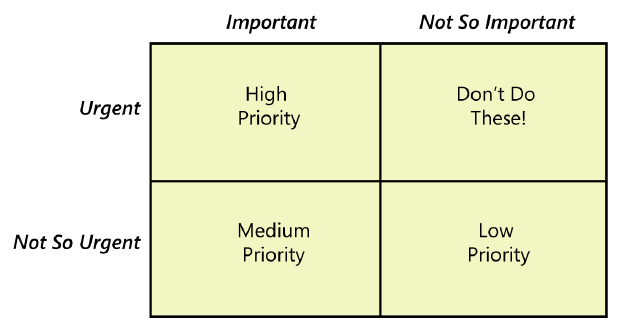 Figure 1. Requirements prioritization based on importance and urgency.

On a large project you might want to perform prioritization iteratively. Have the team rate requirements as high, medium, or low priority. If the number of high-priority requirements is excessive and you can’t fit them all into the next release, perform a second-level partitioning of the high-priority ones into three groups. You could call them high, higher, and highest if you like, so people don’t lose sight of the fact that they were originally designated as high.

Those requirements rated “highest” become your new group of top-priority requirements. Then, group the “high” and “higher” requirements in with your original medium-priority group (Figure 2). Taking a hard line on the criterion of “must be in the next release or that release is not shippable” helps keep the team focused on the truly high-priority capabilities. 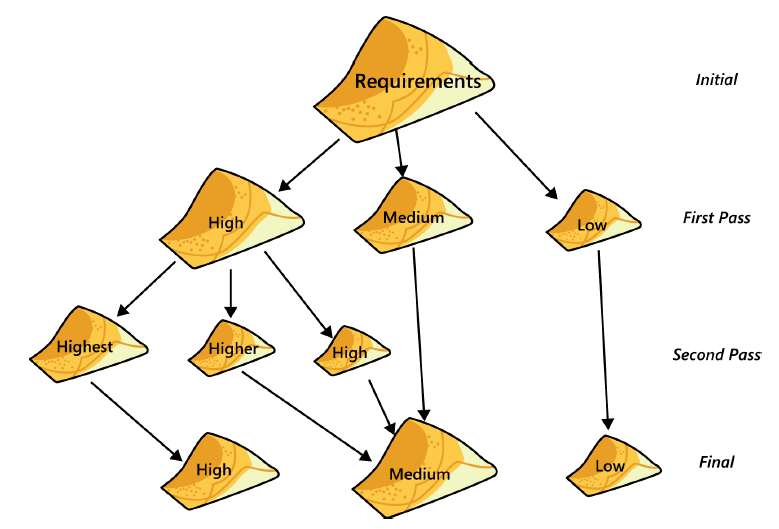 Figure 2. Multipass prioritization keeps the focus on a manageable set of top-priority requirements.

Must: The requirement must be satisfied for the solution to be considered a success.

Should: The requirement is important and should be included in the solution if possible, but it’s not mandatory to success.

Could: It’s a desirable capability, but one that could be deferred or eliminated. Implement it only if time and resources permit.

Won’t: This indicates a requirement that will not be implemented at this time but could be included in a future release.

The MoSCoW scheme changes the three-level scale of high, medium, and low into a four-level scale. It doesn’t offer any rationale for making the decision about how to rate the priority of a given requirement compared to others. MoSCoW is ambiguous as to timing, particularly when it comes to the “Won’t” rating: does it mean “not in the next release” or “not ever?” The three-level scale that considers importance and urgency and focuses specifically on the forthcoming release or iteration.

All the action centers around getting an “M” for almost every feature or requirement that is captured. If something is not an “M” it will almost certainly not get built. Although the original intent may have been to prioritize, users have long since figured out to never submit something that does not have an “M” associated with it.

Do they understand the nuanced differences between S, C, and W? I have no idea. But they have figured out the implications of these rankings. They treat them all the same and understand their meaning to be “not happening any time soon.”

One way to make prioritization more tangible is to cast it in terms of an actual resource: money. In this case, it’s just play money, but it’s money nonetheless.

Give the prioritization team 100 imaginary dollars to work with. Team members allocate these dollars to “buy” items they’d like to have implemented from the set of candidate requirements. Allocating more dollars weights the higher-priority requirements more heavily. If one requirement is three times as important to a stakeholder as another, she might assign nine dollars to the first requirement and three dollars to the second.

But 100 dollars is all the prioritizers get—when they’re out of money, nothing else can be implemented, at least not in the release they’re currently focusing on. You could have different participants in the prioritization process perform their own dollar allocations, and then add up the total number of dollars assigned to each requirement. That will show which ones collectively come out as having the highest priority.

Watch out for participants who game the process to skew the results. If you really, REALLY want a particular requirement, you might give it all 100 of your dollars to try to float it to the top of the list. In reality, you’d never accept a system that possessed just that single requirement.

Nor does this scheme take into account any concern about the relative amount of effort needed to implement each of those requirements. If you could get three requirements each valued at $10 for the same effort as one valued at $15, you’re likely better off with the three. The scheme is based solely on the perceived value of certain requirements to a particular set of stakeholders, which is a limitation of many prioritization techniques.

It’s Not All Going to Fit

Sometimes customers don’t like to prioritize requirements. They’re afraid they won’t ever get the ones that are low priority. Maybe they won’t. But if you can’t deliver everything, make sure you do deliver those capabilities that are most important to achieving your business objectives. Prioritize to focus the team on delivering maximum value as quickly as possible.