Being the serialized story of Brian Allen and Ann Brady, business analysts, and their Adventures in the New Oder of Agile

Excerpted from the forthcoming book from John Wiley, The Agile Business Analyst due out the end of 2013 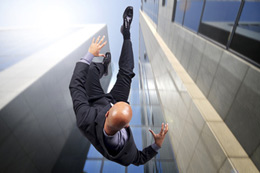 Chapter 2: Wherein the doomed business analysts figure out a plan to embrace change

When we last left Brian Allen he was facing the Perils of Pauline the head of the organization’s PMO.

“I have gotten the word not to assign a project manager to the new Backbone Project. They are going to be using this agile thing to develop the software and manage the project. Do you know anything about it?” Pauline asked with her eyebrows arched. She spoke through compressed lips.

“Yes,” Brian replied. “I was aware it was coming down the pike, but thought that cooler heads would prevail and we might start with a small project first. Maybe a new label printing project or something equally benign.”

“Well, it is happening and as you are probably aware, that also means that the PMO will not be assigning any business analysts either.”

“You never assigned business analysts before.”

“That is irrelevant. We will not be doing it now.”

“I suppose those of us originally assigned to the Backbone project will have to be reassigned to other projects now?”

“That would normally be the situation. However, most of the new projects are in Marketing, and the Vice President has decreed that all his projects from now on will be run as agile projects. There is no place for business analysts there either.”

“In other words, there are no projects for you to go to that are not agile right now.”

Brian looked down between his feet. “Any idea of what we can do?”

“Not in the least,” snipped Pauline. “I have my own problems. I need to figure out what happens to the PMO and my job when there are no project managers and software developers start working directly with the business owners.” She was being dismissive.

Brian got up to leave wondering why Pauline called the meeting. As he reached the door he realized that she was actually asking for his help, but would not do so directly. “I’ll see what I can do, Pauline,” he said as he left noting that she smiled for the first time. He guessed that she was coming to him since he was instrumental in evolving the processes that developed into the first PMO at the organization.

As he walked down the hall he passed Ann who was with Raj on their way to talk to Pauline.

“No. But we’re not fired immediately. Basically, we have to figure out how we will fit within the New Order,” replied Brian.

“Not a good proposition,” said Raj. “I perceive we are up against the wall on this. Ken does not like business analysts and I doubt he ever has, although I only know the man for a few years. He thinks they add no value to the process of developing software. He says that they get in the way; they are an obstacle. He says that business analysts only copy down what the business people tell them as requirements and then reformat them and give them to his developers.”

“We do more than that!” said Brian emphatically. Then after pausing and getting no supporting reaction from either Ann or Raj, added, ‘Don’t we?”

“Well,” said Raj. “I have to recall that his comrade, Scott, says that ‘BA’ also stands for ‘Band Aid’. I would not take that as a positive sign.”

As if on cue, Ken and Scott rounded the corner and came upon the three business analysts. Ken was tall with short cropped blonde hair and a stubbly beard on his face, and Scott had long, dark-haired, was shorter and rounder, and wore sliver glasses that were rectangular shaped.

“It’s the requirements gatherers,” Ken said with a sneer. “Hello, Gatherers, let the hunters through. We have projects to do. We’ll get them all done and have dinner on the table before you even get your first set of interviews done.”

“Speed,” echoed Scott, ”is what it is all about. You gather while we produce.”

“We adjust. We adapt. We learn. We let the problem and the solution emerge through our collaborative activities. We don’t do the Waterfall thing with each group creating a document to pass on to the next group. Everyone works together in agile.”

“So, why not have business analysts involved with the collaboration? I think we have plenty to offer. After all we are the organizational communicators and problem solvers. We are part of the team.”

“Not in Scrum you are not. Scrum recognizes no titles for Development Team members other than Developer, regardless of the work being performed by the person; there are no exceptions to this rule.* And we don’t want any groups of business analysts lurking about either. Development Teams do not contain sub-teams dedicated to particular domains like testing or business analysis.* In other words, there is no place on our development for anyone but developers. Tough luck, Gatherers, you need to find a new job.”

Ann, Brian and Raj looked at each other and then back at Ken and Scott as they walked down the hall. As the two of them reached the corner, Scott turned to the business analysts and shouted, ”Oh, we’re having a memorial service for the Waterfall later this week. You’re invited. And the business analyst might be next to go.”

Ann pushed her blond hair across her forehead in her signature gesture and asked, “So, what are we going to do? The eight of us had been assigned to the Backbone project and Helen over in HR said that she has already gotten the official request for transfer for all of us. And she said she doesn’t really have anywhere to put us since marketing is supposedly going all agile and they have most of the new projects.”

“What are our options, Raj. You know more about this than we. You’ve been working a bit with the web guys”

“There are only three roles in Scrum: product owner, scrum master and developer. The product owner represents the business and provides the work to be done by means of the product backlog. The scrum master helps the team with the Scrum process and removes obstacles to the team’s success. And the developers write code and test.”

“To get them to back off agile?” asked Ann.

“No, I think that ship has sailed.”

“Then perhaps to sabotage the ship so that it sinks, and they call us back in to rescue the project and survivors?” suggested Raj.

“No, not that either, although that does sound appealing.”

“Then what?” asked Ann as they entered the lunch room and saw the rest of the business analyst team huddled together in the corner over their lunches and looking very worried.

“I recall something about the definition of the development team that Scott didn’t mention: Individual Development Team members may have specialized skills and areas of focus, but accountability belongs to the Development Team as a whole. *” Ann stepped away from the counter to take a cell phone call.

“Yes, Brian, that is true,” responded Raj, picking out a salad, “But everyone on the development team must be able to code. Everyone is a developer. You are not supposed to have someone who is just one specialty.”

“Right. But here’s the thing, Raj. The development team is supposed to be cross functional and consist of “generalizing specialists” as Scott Ambler says, right?” Raj nodded. “Then we suggest that each of the three pilot teams take Jennifer, Jocelyn and Stan. They are all recent programmers who have moved into business analysis. They have the coding skills, and Jocelyn also has testing skills, so they are already generalizing specialists. They would bring their facilitation skills to the mix and make it easier for the teams to talk to the business. They also bring some business acumen that the developers don’t have since they have been working on this side of the house for a while.”

“But they will not be business analysts anymore?”

“No, that’s true. I don’t think any of us here will be business analysts after this. It is after all a New Order.”

“That is fine,” said Raj helping himself to a bowl of watermelon and mixed fruit while Brian picked a slice of double chocolate cake and wished the organization’s cafeteria served beer or wine with lunch. “But that is only three of the business analysts. What about the rest of us? Certainly you cannot code anymore. It has been at least twenty years since you last coded.”

“True. And no one uses PL/1 and ALGOL anymore anyway. I mentioned those three because I know they have technical skills and probably would not mind being back in the technical fray again. There may be many business analysts who are capable of applying their technology training or experience and can leverage that technical ability with the facilitation and communication skills they picked up as a business analyst. They would actually be doing more true business analysis work than if they just transcribed requirements from the business community.”

“OK,” smiled Raj. “That is a solution. But only a partial solution.”

“Guys,” interrupted Ann as they were paying for their lunches. “I just got off the phone with Helen. She says that the organization is instituting some belt tightening measures. There will be layoffs. They are going to start with all the older employees and move to those who support the older technologies. Anyone who is not specifically spoken for and that means business analysts who are not attached to a project.”

“Except Jennifer, Jocelyn and Stan and any other business analyst who can morph into the role of Scrum Developer.”

“Brian, you have any other ideas?”

“Looks like you will be burning the midnight oil again tonight, Brian.”

Now there was an even more pressing need for action and ideas. The organization has announced There Will Be Blood. Will our own Captain Midnight be able to rescue the rest of the business analysts (including himself)? Will the Bell Toll for business analysis as well as Waterfall? Will Ann get to eat lunch? Join us next month for another thrilling episode of Brian and Ann in the New Order od Agile.

* Quoted from Schwaber & Sutherland, The Scrum Guide: the definitive Guide to Scrum: the Rules of the Game, published by Scrum.org., July 2011