Say Goodbye to Your Ego

Written by Kupe Kupersmith on June 14, 2011. Posted in Articles. 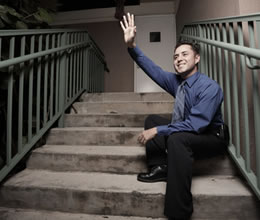 The NBA (National Basketball Association) finals are in full swing here in the United States.  If you are at all familiar with the NBA you know the big story all year has been about LeBron James.  He is viewed as the top player of the league, but his leadership is being questioned during this finals series.  In the series it appears he is playing a more supporting role. He is being accused of not being “the man” of the team. Even though as I type, LeBron’s team is doing pretty well. This just kills me. Our society, at least here in the US, is obsessed with individual achievements.  The last I checked basketball was a team sport. The goal is not to have the best individual statistics; it is to have a higher score then the other team.  If someone else on the team is stepping up and playing a supporting role will help the team win, then that is what a leader should do.

Unfortunately this individual first behavior is rewarded.  I worked in an organization where we had an employee of the month award. 10 out of 12 awards were given to someone that had to work a ton of overtime and come up with a heroic performance to save the project from failure.  This rewards individual accomplishments over team accomplishments.  This incents people to try and be the hero. In my opinion, if that situation occurs the team should be penalized rather than award the individual.

In a recent CIO magazine article, “How to End an IT Turf”, Cindy Waxer wrote about how the former CIO of Sports Authority stopped the finger pointing and backbiting.  Rob Meilen was looking at his entire organization and realized the teams had competing goals. Individual teams cared more about their accomplishments then the overall accomplishments of the organization as a whole.  In the article Waxer explained how Meilen changed the definition of success. He was quoted as saying, “The message that I was persistent about was that we fail or succeed together. Everything we do involves multiple sets of teams, so discard the illusion that your team could be doing great but the team that sits next to you is messing everything up.”

This is the attitude you need to take as an individual on your team. We all work on teams. The goal should never be about individual accomplishments, over successful team accomplishments.  If you are considered the best Business Analyst and your projects still fail, being the best does not mean much.  Egos have no place on teams; individualism is not welcome. If you see yourself pointing fingers and blaming others for project problems, you need to stop and take a look in the mirror.  Ask yourself what you can be doing to help remove the issues.

All for one…one for all,