Written by Kupe Kupersmith on October 4, 2011. Posted in Articles. 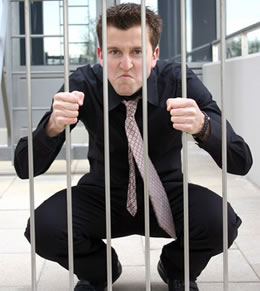 The other day I saw someone pull out in front a school bus.  The school bus was filled with children and was right in front of the school.  I was irate at the driver and said to myself, “I wish I was a police officer so I could pull that person over and hand them a ticket!”  Later I thought about why I didn’t pull that person over or at least get the car’s license plate and call the police to report reckless driving.  In the United States and other countries there is the concept or law around a citizen’s arrest.  Anyone, regardless if they are law enforcement or not, can make an arrest.  This sounds great on paper, but is not as easy as it sounds.  How would I get this person pulled over?  If I did get him to pull over, what would stop him from laughing in my face and driving off?  I was already late for work and had a lot to do.  A citizen’s arrest would just put me even further behind.  No one was hurt by the reckless driving so it became very low priority for me.

I bet you this same questioning and doubt goes through your mind when you think a project is headed down the wrong path.  “I’m just the business analyst, I can’t stop the project.  Who is going to listen to me?”  “I have three other projects…I don’t have time to talk with the PM or business stakeholder about this little enhancement project.”

It’s time for you to make a citizen’s arrest by waving the red flag or shouting from the hill tops.  Anyone on the team or involved in the project has the power and authority to question the direction of the project if it is not aligned with the objectives it set out to tackle.  As a business analysis professional you are in a perfect spot to recognize when and where a project is getting off the mark.  Companies have limited resources and need to be as effective as possible with those resources.  If a project is on its way to failure you need to stop it.  Even if you do not have the authority to cancel or change the direction of a project, you need to provide the necessary information to the people with the authority to help them make an informed decision.

I know this is not as easy at it sounds. A student of mine reminded me of a tip she received from one of our instructor’s, Pam Swent.  Pam gives the advice to use the phrase, “I’m concerned about…”, when sharing your thoughts about a project being off the mark.  Starting the conversation off with that phrase puts people at ease. It reduces the risk of people getting defensive.  It shows you care about the success of the project and company.

Don’t be like me allowing reckless driving to happen.  Don’t sit there thinking you need to say something, but never do.  You have the power to make things right.  Go make it happen.

Don’t forget to leave your comments below!