What Melts Your Employees’ Butter?

Written by Jim Finkelstein and Melissa Mead on November 20, 2012. Posted in Articles. 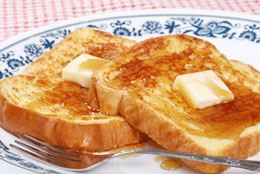 Incentives & Rewards in the 21st Century

There’s no law that says you must actually like your job. But what is it that motivates people to get up every day and go to work? And think about this, if your employee population all won the lottery tomorrow – that is, they were all financially set for life – 95%-98% of them would not show up the next day! Can you really and truly afford to not understand what melts their butter?

Maybe it has something to do with the rewards, recognition and incentives that accompany showing up and staying for years on end. Some will argue that the bona fide way to a committed and loyal employee’s heart is solely through monetary earnings, not to mention the gratification of a steady income. Or maybe, it has to do with working in an inspired environment, where appreciation and respect for fellow co-workers and employer not only exists but is the norm. People want to feel wanted and appreciated. It’s only human nature.

Preventing the Butter from Hardening

Let’s first start with understanding what are the turnoffs to an employee are. Performance appraisals in the workplace are frequent, and nearly impossible to avoid. They are the quintessential “CYA” activity. But why do people shun the word “appraisal” as if it were the plague?

Performance appraisals shouldn’t be feared. In fact, they should be welcomed with open arms. In an ideal world, employers wouldn’t “manage” people like two-year-olds. Rather, they would encourage skill development and offer training, mentoring and coaching to make that happen. This way, there would be a whole lot more empowerment going on, instead of nitty-gritty micro-management, which everyone just loves.

Rather than scrutinizing every little minute detail or skill involved with an employee’s work style or work ethic, or way of going about daily tasks, it’s certainly more encouraging to ground oneself in a comprehensive knowledge of individual and organizational development and thus learn to recognize and address the achievement of success through valuing, motivating, and rewarding people.

The focus of monitoring and assessing workplace performance should undoubtedly be placed on setting attainable and collaborative goals, making collective decisions, and being able to tackle and solve problems within one’s own relative sphere of responsibility and authority along with one’s colleagues.

Yes, while workplace performance is frequently monitored (as perhaps some believe it should be), there’s no reason why appraisals shouldn’t focus on the positives and be a catalyst to cooperation and communications. The butter will start to soften up a bit.

Increasing the value of people, and truly understanding why people show up to work, and why they stay, is just as important as why they leave.

The tricky part, however, is that not everyone is motivated by the same things. One very important item to realize about motivation itself, is that it is an incredibly individual expression. Figuring it out might prove to be quite the challenge in larger organizations, but probing and prodding for what melts your employee’s butter—their unique motivational profile (“UMP”)—is just an expense that is certainly worth spending.

It goes hand in hand… both employers and co-workers need to be willing to understand and pay attention to the profile of the individual, which is why listening is a vital component of maintaining goal and action-orientated motivation. Communication is crucial, and practically nonexistent without listening. Along with the ability of employers and employees to actually listen and comprehend what the other has to say, comes the increasing potential to recognize, encourage, and motivate.

That being said, do you really understand your own employees?

People are inclined to leave their job because they: don’t like their boss or co-workers, they don’t have the tools to be productive and move forward, and/or they’re working in a toxic environment.

People in the workplace can be motivated by a myriad of things. Yes, some of these things might be ‘extrinsic’ motivators. In fact, to this day, some of them are very basic even in late 2012. Having (and keeping) a job that can pay the bills ranks noticeably high in everyone’s profile.

Money is notoriously viewed as a motivator. But it’s surely not the only thing that gets you out of your flannel PJs, into your car, and onto your rollie-chair inside your cubicle. Compensation is an extrinsic motivator, and one of the best at that. The anticipation that rests in such satisfaction through rewards processes (i.e. paychecks and raises and the occasional bonus) is enough to coax employees to tackle mundane tasks and things they really could care less about.

But obviously, if money were the only motivating factor in existence, it wouldn’t take very long for people to become exhausted with those tedious tasks, and risk leaving their secure occupation for something better, or for potentially more money.

A large portion of motivators in the 21st century just so happen to be ‘intrinsic’ motivators, which most certainly include: the excitement that one’s work brings them, engaging projects, the interesting environments in which people work, the captivating people whom which they work with, the work-life balance that one’s job allows them to have, not to mention the ongoing search for meaning and purpose within their life and passion for their work.

This is due, in large part, to both the newness to the workforce of the Millennials – the youngsters with high ideals – as well as the fatigued experience of the Boomers – the older folks that were supposed to be gone by now who now feel stuck in their jobs. Money, while important, is just not what it used to be.

What’s In It For Me

For every ten articles you read on compensation five will say money is key and five will say lifestyle, workplace accommodations, etc. are key. Here is the scoop—the one with the cherry on top. In a workplace populated today with 18-80 year olds, they all expect both.

Above all, there are no “best” practices that can apply across the board to all organizations and all people in a highly diverse and divergent world of cultures, values and opinions. There are a plethora of tools to use; your job is to find the right mix for your people.

People want it all, and in the 21st century they are tuned into WII-FM (What’s In it For Me). Thus, if you can tap into and listen to the music they enjoy, determine their UMP, then, you can put together the right mix of incentives, rewards and motivation to melt their butter.