Written by Neels Ackroyd on April 9, 2013. Posted in Articles.

The diagram below depicts a typical agency workflow, with the inclusion of the Business Analyst’s role: 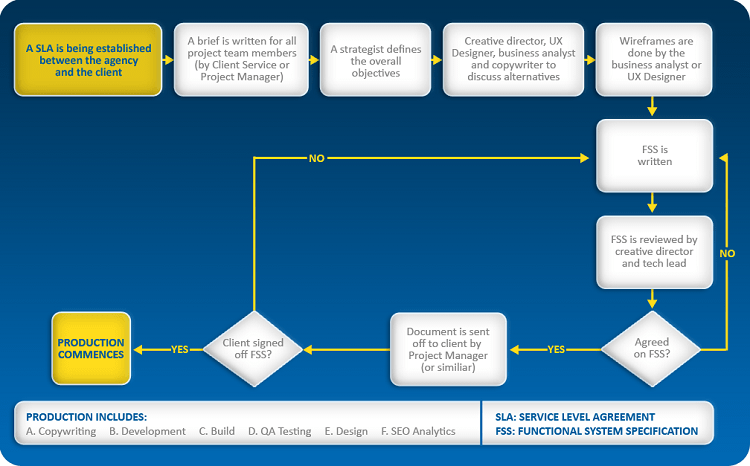 Essentially, the onus of a Business Analyst in an agency is to create a functional specification to:

It is very beneficial for Business Analysts to have a development and technical background so that best practices (for example technology preferences and database design) can be proposed.  It also saves time for developers due to development groundwork that is done before development commences.

In conclusion, it is clear that the Functional System Specifications can be used in the master document for Production and if followed correctly, it will save the agency and the client a great deal of money, time and energy.

In my next article I will discuss best Functional System Specification guidelines for the modern digital agency.