The Include Relationship’s Other Use 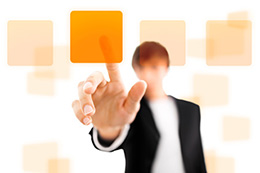 The description under ‘Semantics’ in section 16.3.5 of [2] gave me the impression that the include relationship is solely intended “for reuse of common parts”, that is, for reuse of abstract included use cases (use case fragments, really), as described in  [1]. Since that section doesn’t describe any other use, this impression came easily.

However, an overseas colleague (see Acknowledgement below) pointed out that the section describes this as the ‘primary’ use, so there must also be a ‘secondary’ use, at the very least. As for what that secondary use might be, he pointed to [3] which states that “concrete use cases can […] be included in a base use case.”

(I share this mental block in case others suffer from it as well; the remedy follows.)

The resolution came when I expressed this secondary use in terms of the include mechanism summarized above (substitution in bold): 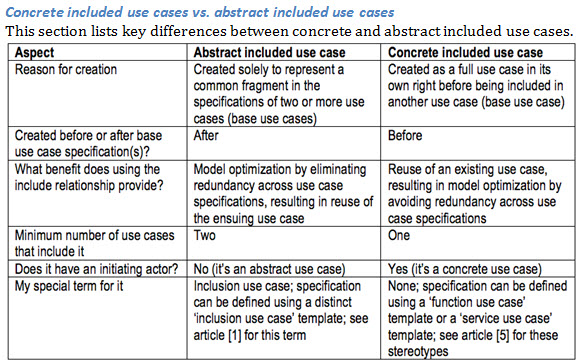 Stay within the system boundary

Article [1] pointed out that include relationships cannot cross system boundaries. Therefore, just like an included abstract use case, an included concrete use case must belong to the system to which the including use case belongs.

This is simply the flip side of the statement in section 16.3.6 of [2], “Two use cases specifying the same [system] cannot be associated since each of them individually describes a complete usage of the [system].”

Another way to look at this is by realizing that a system encapsulates (does not disclose) its use case specifications. These are for the system’s internal use only, that is, they are used ‘behind’ the system’s public interface. Defining an include relationship across system boundaries would amount to breaking that encapsulation and is therefore inappropriate.

For more on the need to define the system(s) to which use cases apply, see [4].

Include relationship or precondition?

Article [5] distinguishes functional and sequential dependencies between concrete use cases.

Concrete use case can be instantiated

A concrete use case that’s also included in a base use case can be instantiated (after all, that’s what defines a concrete use case), but only when it’s initiated by an instance of its initiating actor, outside the context of the base use case in which it is included. At such times, the include relationship between the two is irrelevant.

Which actor and user? 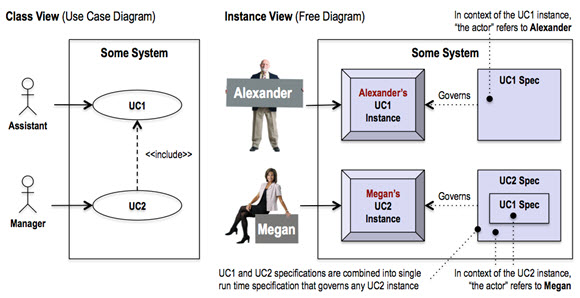 Because of the above, when writing use case specifications, use “the actor” as the standard way to refer to a use case’s initiating actor (*). In terms of the above example:

(*) Supporting actors are best referred to by name in order to tell them apart from the initiating actor (“the actor”) and from each other (when there are several).

Implementing the include relationship

This article was submitted in the hope that it will contribute to a comprehensive understanding of the include relationship.

My thanks to Piermarco Burrafato for bringing this secondary use to my attention.