A Primer on Working with Executives:Swim with the Sharks Without Getting Eaten Alive

Written by Richard Larson on October 24, 2019. Posted in Articles.

Even though my wife Elizabeth Larson and I owned and ran a business, I wouldn’t exactly have used the term “executive” to describe us.

But, we have both worked with several. And, in building and running Watermark Learning we shared an important characteristic with executives which this series of articles will explore.

Early in my career I was scared at the thought of interacting with executives, much less thinking I could ever be effective or influential with them. I found one executive to be particularly intimidating, and his name was Harvey Mild. He was anything but mild, though. He loved to challenge people and if you weren’t completely prepared, he was the kind of senior leader to figuratively eat you alive. Interestingly, I have a great deal of respect for him thinking back on those days.

A good share of my nervousness early on with executives like Harvey came from an inward focus stemming from insecurity about my work and knowledge. It wasn’t until I gained more experience and learned to focus outwardly when dealing with those in authority positions that I started becoming more effective.

All the areas covered in this series will help you become more focused outwardly on executives rather than inwardly on yourself in your contacts with them. This reversal of focus can change everything about our confidence and effectiveness. It will help us to function more as Trusted Advisors, the best way I know how to be effective with executives.

There are three key points I believe will help you to work more effectively with executives, none of which sound profound on the surface. The first one is covered in part 1 of this series, with the remaining two covered in parts 2 and 3 respectively.

All three keys will help you work more effectively with executives and help deliver valuable solutions in your organization.

Since executives are people, they don’t all think or act alike, nor do they communicate the same. So how can we best function knowing that? Well, one way is to understand some basic communication styles and make sure we use the knowledge of a particular executive’s style to communicate in a way he or she will respond to best.

So, what are the basic styles you should pay attention to? Many personality and communication profiles like the one from Insights Corporation use a quadrant system like the one in Figure 1 to depict how we all think, learn, and communicate.

I am assuming most people have seen something like this before. Frameworks similar to Figure 1 are often based on continuums using two variables: 1) whether we are more task or people oriented and 2) if we are internally-focused or externally-focused. Another way of expressing the quadrants is to think about where people get their energy from. We humans are surprisingly consistent in how we fit into one of the categories and how we prefer to communicate. That knowledge can help us communicate more effectively with executives. 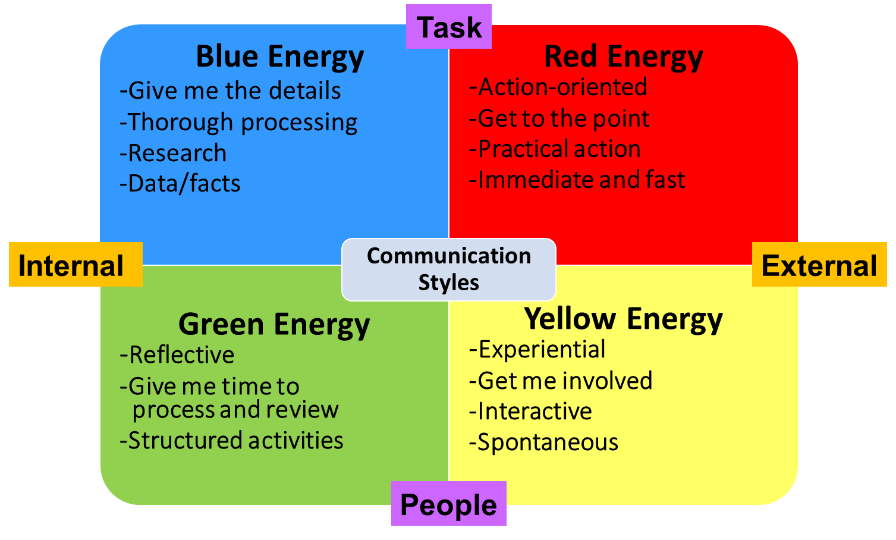 Figure 1:Communication Styles, courtesy of and © by Insights Corporation

Yellow executives are also direct, but care more about relationships and interactions, need to be involved more so than reds, and like to socialize.

Green executives are reflective sorts, preferring more structured activities than yellows, need time to reflect and think, often consulting with others before making decisions, making them slower and deliberative.

Blue executives on the other hand, are less direct like greens, but unlike greens they are more detail-oriented and focused on facts and research. They similarly need time to make decisions because they want to immerse themselves in the details. They are also opinionated, but in a right-wrong way.

Do you recognize yourself in one of these quadrants or on the line between two? For example, I think of myself as fairly “purple,” having both red and blue energy. And if you are still reflecting on which color you are, it is likely you are a green or blue (please excuse the old joke).

A handy way to use color categories to help you interact more effectively is that of “mirroring,” which you may have heard of.

The concept is meant to remind us to match or “mirror” the style of the person we are communicating with to better relate to them and put them at ease. The best politicians and salespeople use this to help them quickly connect with their prospects. Watch how good salespeople you interact with use this technique.

For example, if a prospect talks quickly, a good salesperson won’t …talk…real…slow. It even extends to body posture. If an executive you are speaking with leans forward, do the same, and don’t lean back in your chair. I recall a sales candidate who I interviewed several years ago. He leaned back during the whole interview while I was leaning forward. His overly casual posture communicated indifference and even a little condescension – needless to say we did not hire that person.

Not only will mirroring put people at ease, but it shows respect and helps build trust too. I don’t mean we should parrot the other person, which is obnoxious. What I suggest is to try and match the tone and emphasis, and also the style and “speed” of the person you are talking to.

For example, if you are dealing with a “yellow” executive style, by all means avoid boring them with details (but make sure they are available if you are asked about them). Or when meeting with your blue or red executive, when should you initiate socializing? As a blue/red, I like to socialize, but prefer to do it after the task at hand is done. If the meeting’s purpose takes the allotted time, I’m fine with little or no socializing.

See Figure 2 for some tips on handling the various executive communication styles. 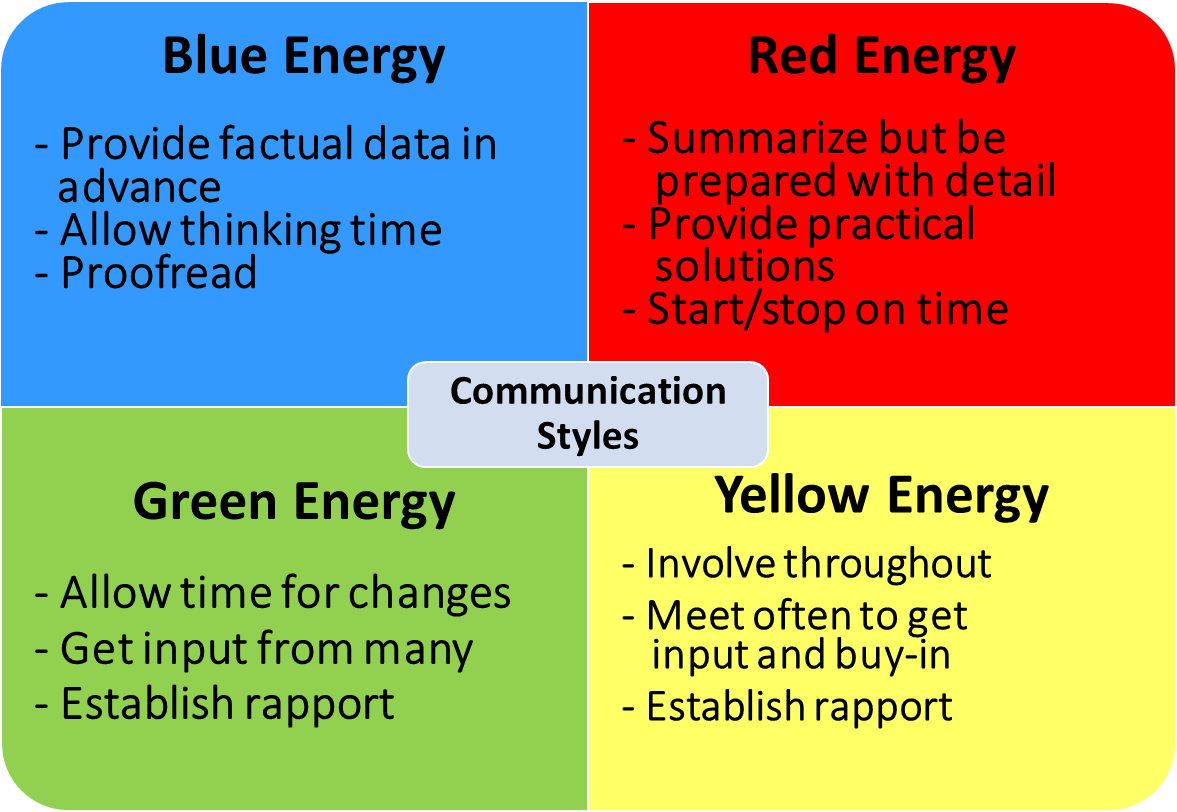 To start employing this first key, I suggest you begin by observing styles, then practice mirroring, both verbally and non-verbally. Look for part 2 of this series for tips and techniques for influencing executives.

With over a decade of experience in working for GoPromotional UK, Richard Larson has been an integral part of marketing GoPromo’s award-winning brand. Richard’s skillset varies from a deep understanding of product strategy to his consistent ability to design, analyze, and execute team-based marketing projects. Richard’s team leadership at GoPromo is complemented by a love for data-driven results and his ability to connect with audiences."